Jennifer Burns-Robinson is busy starting seeds for her home vegetable garden west of Stony Plain, Alberta. Her whole garage is lit up with fluorescent lights that cover 300 onion bulbs, 40-some pepper plants and other various herbs and flowers in preparation for Spring planting. “I’m endeavoring to figure out fresh storage,” she said. “I managed to grow about 40 pounds of onions last year and I still have about 15 pounds left in the garage and they’ve stored perfectly, so now I know I can grow things and supply us through the winter.”

As a gardener of 25 years, Burns-Robinson has much food growing experience interwoven with knowledge as a Certified Prairie Horticulturist, Arborist and Landscape Architectural Technologist. “What makes my heart sing, as they say, is working with plants,” she said. “I really need to be outside with my hands in the dirt.” 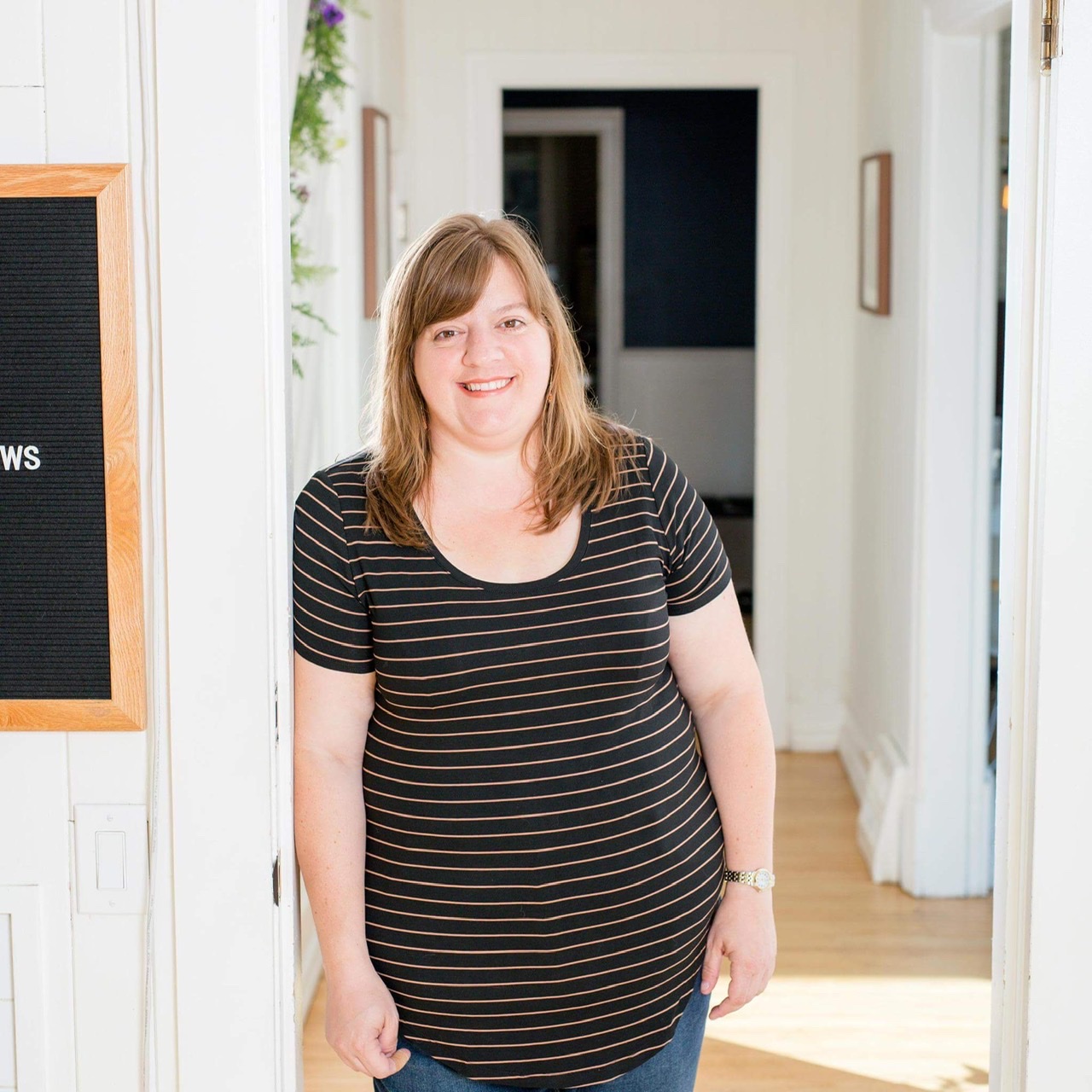 In 2014 she started teaching the Organic Master Gardeners course for Gaia College. It was a happenstance opportunity that came to be through a community garden in Stony Plain. Being the arborist she is, Burns-Robinson noticed an orchard of fruit trees needed tending. When she asked the groundskeeper if she could volunteer to maintain them, she ended up getting hired to teach fruit-growing for Stony Plain OMG.

This was before she had taken the Organic Master Gardeners course herself, but when she did, it was a major shift in understanding that healthy plant and food production takes root in healthy soil. “I had not focused so much on soil before taking the course, so it was a bit of a shift in perspective to not think about the plants and their needs, but to think more about the soil and its needs - and therefore - the plants' needs get met because the soil is happy,” she said 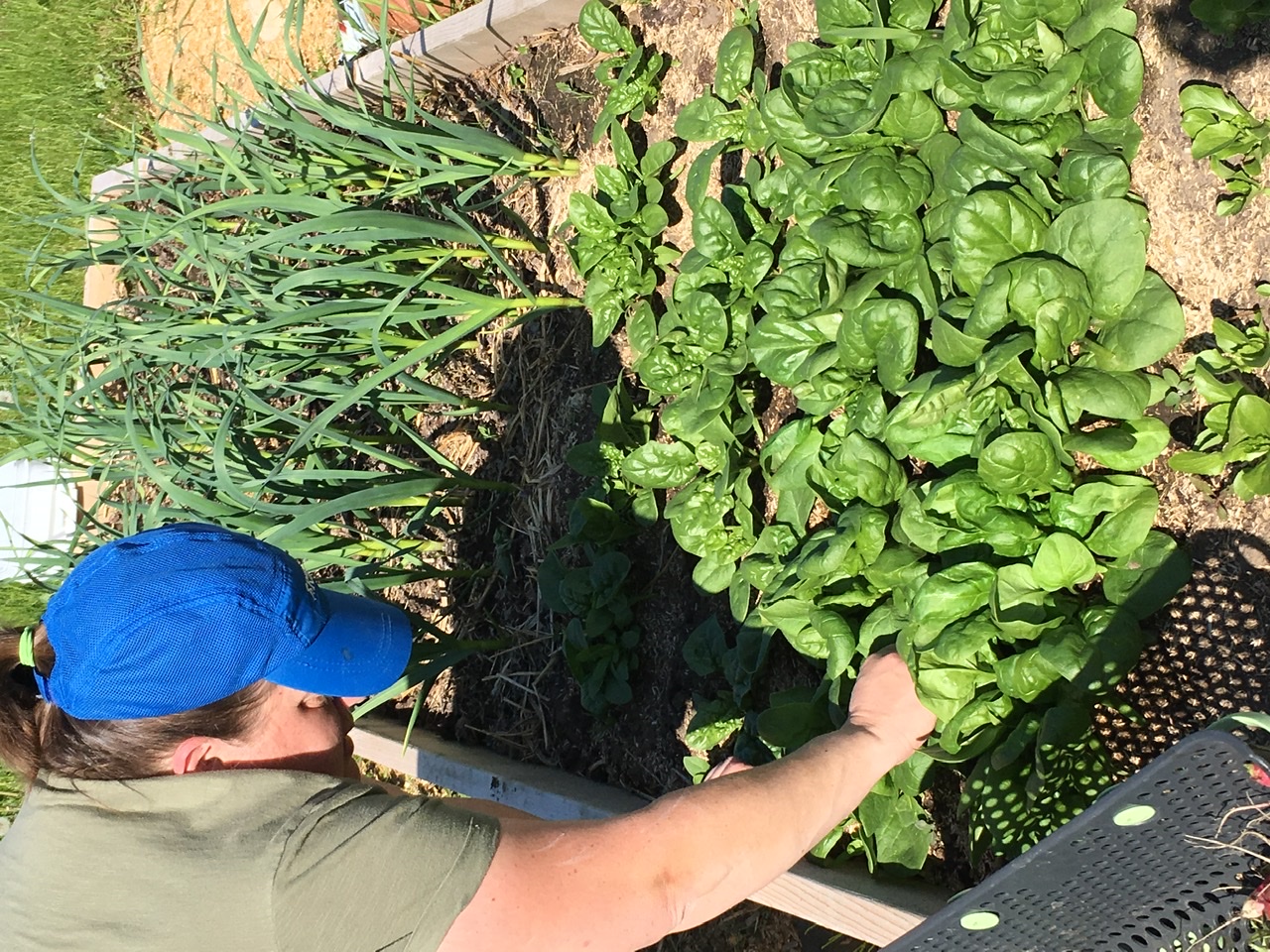 In the OMG course, the foundational lessons come first. Beginning with botany, soils and organic growing from the industry perspective, which are heavy classes with a lot of information packed into a short window of time. “What I always tell people is don’t get overwhelmed, take deep breaths...you can always review the information afterward.” Learning those foundations first allows for everything to make more sense going forward when you begin to apply the knowledge, she said.

“I'm really grateful for the Organic Master Gardener program, for the work it’s doing to spread the message essentially, that we need to be stewards of the land; we’re not users of the land, we’re stewards of the land.” Gaia College helps teach so many people who are eager to learn, she said. “Gaia gives them the information they need to go forward and spread that passion.”

No one is good at gardening their first time. Everyone is learning, and it’s something you can learn for a lifetime, Burns-Robinson said. “I would like to teach people how to grow food.”

If she had her dream situation, she would use her home garden as a demo site to show people how to grow organic food without the “gimmicks,” while also passing on knowledge of what to do with the food after harvest. Things like fermenting, canning and dehydrating to store food through a Canadian winter.

While helping a friend find vendors for a farmer’s market a while back, Burns-Robinson was looking around to see what kind of fruit and vegetable farmers were in the Stony Plain area. “I could not find vegetable farmers. There are lots of grain and cattle farmers, which is great, but there were only two vegetable farmers I found within an hour of our market. That’s a problem,” she said.

“On a city wide level, is there enough food in the surrounding farms to support the city if it had to? In most cases no, there isn’t.”

Food security is a huge concern, she said. “I just don’t think the Canadian food system is set up to sustain us without all of the inputs we have.” Canada is highly dependent on the United States for sustenance during the off-season, such as certain food items like greens from Arizona or strawberries from California. We haven’t supported the infrastructure to have year-round food supply here in Canada, she said. Being able to grow what you can in the short seasons we do have and then knowing how to preserve that food through the winter is an important skill we need to relearn. “Our great grandparents knew how, but that information has been lost over the past few generations.”

The government should be helping to create infrastructure that will support food security locally and in the greater scope of things as a nation. When farmers retire in Alberta, if their kids don’t want to take on the farm, the land gets sold to developers, which often leads to subdivisions or high end houses and no food being produced on that land whatsoever, she explained. “The young people who want to farm - who want to learn to farm - cannot afford to buy that land. I personally think if there was some kind of program to bridge the gap between the farmers who have the land and the young people who can't afford the land, we would all benefit.” It’s a real problem, she said. “Because once that land is lost to development, it’s lost.”

With 3.5 acres of growing-land, Burns-Robinson is contemplating the idea of starting a CSA for people in her community. “It would be so nice because then I would feel like I'm contributing to food security in my own small way.” For now it will remain a vision as it would be a big project to take on alone, with her husband on the road so much for work. 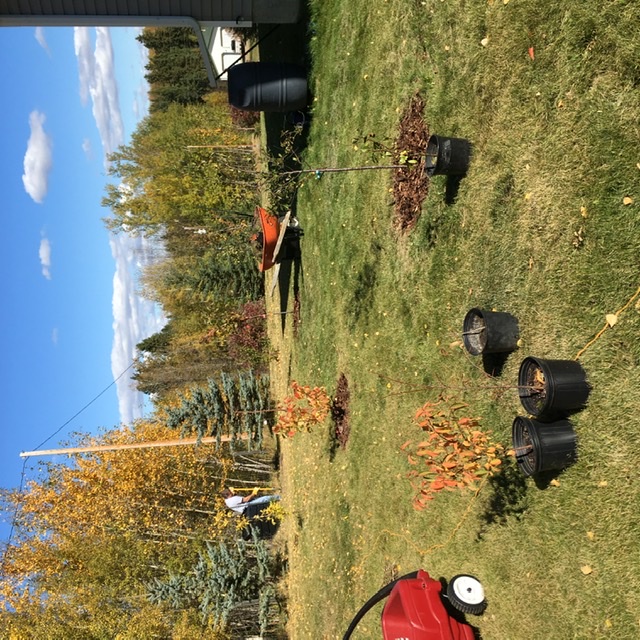 Still, Burns-Robinson is making an impact in other ways, with an aspiration to start a seed library in Stony Plain and an interest in breeding potatoes.

She uses heritage variety potatoes to produce seeds that adapt to her specific region. “I always grow at least seven varieties of potatoes, so there’s a lot of chance for genetic diversity in those seeds,” she said.

The idea is to grow out a seed potato, make sure it's stable and healthy and then five or six years down the road, there might be a new variety worth naming and propagating, she said. “The cool thing is, it’s become then a landrace - a variety that’s adapted to my particular climate. So that means that if it’s successful here in my yard, it’s most likely going to be successful in this whole greater Edmonton region.”

Landraces are something Burns-Robinson discovered a couple years ago. Essentially a landrace is a variety that has adapted to a particular climate, place or soil. These adaptations can happen quickly, even within a generation or two of seed-saving “I think with climate change, we’re going to be experiencing more extreme weather, we’re going to be seeing changes to overall temperature, amount of precipitation and things like that. So plants that can adapt that quickly are going to be essential,” she said. 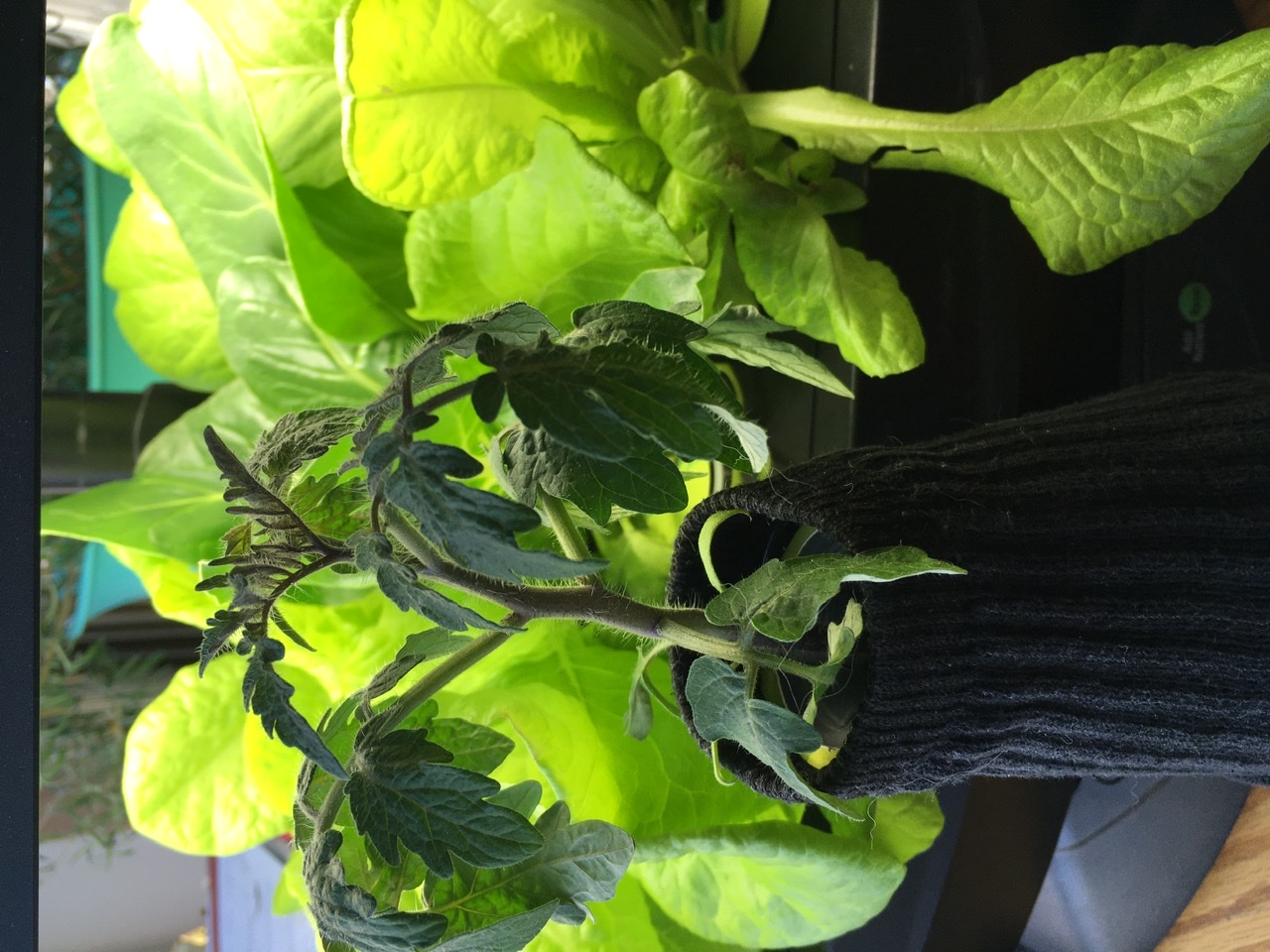 This tomato plant was grown hydroponically as a Winter experiment. It now has six fruiting tomatoes.
Jennifer Burns-Robinson photo